The official community forum for Hexen:Edge of Chaos

Anything that has nothing to do with hexen.
Post Reply
[phpBB Debug] PHP Warning: in file [ROOT]/vendor/twig/twig/lib/Twig/Extension/Core.php on line 1236: count(): Parameter must be an array or an object that implements Countable

3 posts [phpBB Debug] PHP Warning: in file [ROOT]/vendor/twig/twig/lib/Twig/Extension/Core.php on line 1236: count(): Parameter must be an array or an object that implements Countable
• Page 1 of 1

Anyone else in love with this? It's much grittier and dark than the first one and it has a lot of improvements as well. I didn't have a lot of time to play (yet) due to circumstances and I'm about 6 hrs. in to the game... but all I can say is, this game is love at first sight for me. 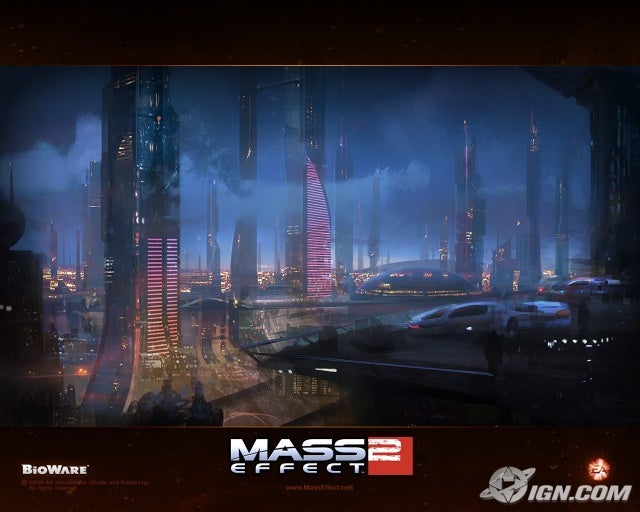 First up, what a huge improvement over the first, in almost any way! The combat has improved a lot, with much more tactics available to players. The story is richer and much more character driven than any other game I've played, the boring side missions have been replaced with a myriad of character plots and story arcs. The bulky item inventory has been completely replaced with a much less boring interface, no more hours of ploughing through weapons, upgrades and items. The Mako is out, so no more 20 minute sessions of aimless driving per planet. The scanning of planets is a nice touch, so is the new resource system but it can get a bit boring after about 6 planets though. The importing of the old character from ME1 is a great option and the way that this influences the story of ME2 is unprecedented.

There are bugs though, most of them seem to indicate a rushed release, but I can see those fixed quickly via simple updates or patches. When I double click on one of Shepard's powers in the pause screen, the game crashes. An obvious and reproducible bug. Sometimes Shepard and (in my case her) team are pushed up into the air or get stuck in invisible walls, but considering the sheer amount of space to explore this is understandable.

I think that for once, the raving critics are right with giving this game ridiculously high scores all around. The visuals are top notch, the art direction is great, I'm like a small kid in a toy-store with this game. Anyone else pick it up and find it amazing?
Lunchmeataphobia.
Think! It ain't illegal yet!
Top

I don't play many games any more, mostly because I'm a casual gamer. But from what I saw of this game, the cinematic dialogue sequences were impressive, and the resource management kind of reminded me of Star Control II.
Top

TomJ
Team Member
Posts: 23
Joined: Sat Aug 08, 2009 9:14 am
[phpBB Debug] PHP Warning: in file [ROOT]/vendor/twig/twig/lib/Twig/Extension/Core.php on line 1236: count(): Parameter must be an array or an object that implements Countable

Still playing the first one but it's good so far

3 posts [phpBB Debug] PHP Warning: in file [ROOT]/vendor/twig/twig/lib/Twig/Extension/Core.php on line 1236: count(): Parameter must be an array or an object that implements Countable
• Page 1 of 1

Users browsing this forum: No registered users and 1 guest